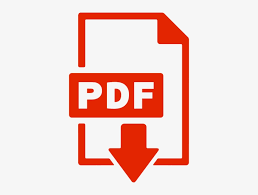 Ms. Tram Ho (Vera) is a Partner at ADK Vietnam Lawyers and head of the Firm’s Litigation & Arbitration Practice. She has nearly 14 years of experience in litigation, arbitration and debt collection, participating in various hearings including the Vietnamese Court, Vietnam International Arbitration Centre (VIAC), and HTA Commercial Arbitration Center (HTA).

Ms. Tram is also a licensed arbitrator and mediator at the Southern Trade Arbitration Centre (STAC).

Ms. Tram regularly works with various international and domestic clients in the settlement of commercial, labour and civil disputes in Vietnam. She has provided legal services for leading clients in various industries such as the pharmaceutical, chemical, logistics, trading, medical, finance, bank, marketing, advertising, construction, agriculture, and textile industry.

•    Represented a New Zealand company in a complex commercial case at the People’s Court of Ho Chi Minh City and VIAC that dealt with the sale and purchase contracts;

•    Acted as a lawyer to defend Vietnamese company’s legitimate rights and interests against Indian company that dealt with the sale and purchase contracts;

•    Represented a Singaporean company operating in the textile industry in a mediation case at Vietnam Mediation Centre (VMC);

•    Represented a Vietnamese company in a commercial case at HTA Commercial Arbitration Centre that dealt with the loan agreements;

•    Participated in negotiation courses to successfully reach a settlement agreement between an Indian Company, operating in the pharmaceutical field and a Vietnamese company, etc…

•    Participated in the settlement of labour disputes during the course of actions from negotiation, mediation and litigation, to defend a British employee’s legitimate rights and interests against a Vietnamese company’s decision to unilaterally terminate the labour contract;

•    Participated in a complex lawsuit on the unilateral termination of a labour contract, to defend a German employee’s legitimate rights and interests during the mediation and litigation stages;

•    Represented a lecturer in a labour lawsuit to defend his rights and interests against a university in Ho Chi Minh City due to its decision to unilaterally terminate the labour contract;

•    Acted as a lawyer in a labour lawsuit to defend a lecturer’s rights and interests against a university in Long An Province due to its decision to unilaterally terminate the labour contract;

•    Represented a Spanish doctor in the negotiation stage with an international hospital in Vietnam that dealt with the salaries and allowances to be received upon his resignation;

•    Advised several Vietnamese clients on resolving disputes related to inheritance and will;

•    Advised a Vietnamese client who resides in the US, and prepared documents of inheritance declaration and inheritance agreement;

•    Assisted clients in resolving disputes arising out of the division of properties upon divorce;

•    Prepared agreement/commitment letters to divide the properties that a Japanese husband and Vietnamese wife owned during their marriage period;

•    Advised a Vietnamese client who was working in Japan on how to acquire a mutual divorce with his wife in Vietnam;

•    Participated in a lawsuit on the compensation for damages to honor and dignity, to defend client’s legitimate rights and interests against a company operating in the financial field in Vietnam; and

•    Participated in various civil transactions at the request of clients.

•    Handled a large quantity of debt collection cases assigned by international debt collection agencies in US, India, Hong Kong and Korea to collect bad debts from debtors located in Vietnam;

•    Acted as the team leader of a debt collection team for liaising and working with debtors in Vietnam to collect bad debts to international and domestic clients;

•    Advised clients on professional and effective debt collection manners and measures in accordance with laws.

•    Participated in a bankruptcy case at the People’s Court of Binh Thuan Province to protect Vietnamese company’s legitimate rights and interests, as a creditor, during the settlement of bankruptcy procedures;

•    Represented a Singaporean Company in a bankruptcy case at the People’s Court of Ho Chi Minh City to protect its legitimate rights and interests, as a creditor, during the settlement of bankruptcy procedures against a Vietnamese company operating in the textile and garment industry;

•    Represented an energy and petrochemical company in a bankruptcy case at the People’s Court of Thuan An District – Binh Duong Province to protect its legitimate rights and interests, as a creditor, during the settlement of bankruptcy procedures against a Vietnamese company operating in the construction industry;

•    Participated in a bankruptcy case at the People’s Court of Binh Thanh District – Ho Chi Minh City to protect its legitimate rights and interests, as a creditor, during the settlement of bankruptcy procedures against a Vietnamese company operating in the construction industry.

•    Advised clients on regulations of bankruptcy proceedings in accordance with the law on bankruptcy.

2.    Dissolution does not mean release of legal responsibilities https://thesaigontimes.vn/giai-the-chua-han-thoat-duoc-trach-nhiem-phap-ly/;

3.    Three “miserable” scenarios of enterprises and their employees https://thesaigontimes.vn/ba-kich-ban-cung-kho-cua-doanh-nghiep-va-nguoi-lao-dong/

4.    The inattention of protecting registration of intellectual property, foreign trademarks to be in troubles in Vietnam https://thesaigontimes.vn/lo-la-chuyen-dang-ky-bao-ho-nhan-hieu-nuoc-ngoai-cung-gap-kho-o-viet-nam-2/

5.    Vacation ownership – Can it be bought and returned? https://thesaigontimes.vn/so-huu-ky-nghi-duong-mua-roi-tra-lai-duoc-khong/
6.    Covid-19 is a fundamentally changed circumstance under the law?   https://www.thesaigontimes.vn/302504/covid-19-la-hoan-canh-thay-doi-co-ban-theo-phap-luat.html;

7.    School fees in the social distance period: To pay or not to pay? https://lsvn.vn/hoc-phi-trong-nhung-ngay-gian-cach-xa-hoi-thu-hay-khong-thu.html;

8.    Jurisdiction to resolve the dispute of commercial contract when circumstances changed by Covid-19 https://lsvn.vn/tham-quyen-giai-quyet-tranh-chap-hop-dong-thuong-mai-khi-hoan-canh-thay-doi-boi-covid-19.html;

12.    Obsessing over an outstanding debt…1 Dong, what should customers do? https://tintuc.vn/am-anh-nhung-mon-no-1-dong-khach-hang-phai-lam-gi-post795262;

•    The Bar Federation of Vietnam – Member 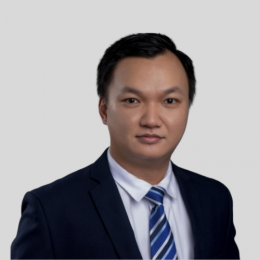 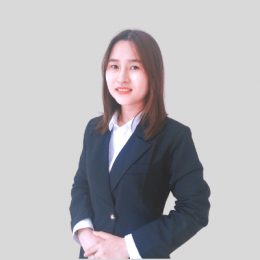 Get directions
Back to homepage